In 2018, the European Union celebrated the 50th anniversary of the EU Customs Union. A survey was commissioned by the Directorate-General for Taxation and Customs Union to explore EU citizens’ knowledge of the Customs Union and their awareness of the activities of EU Customs. 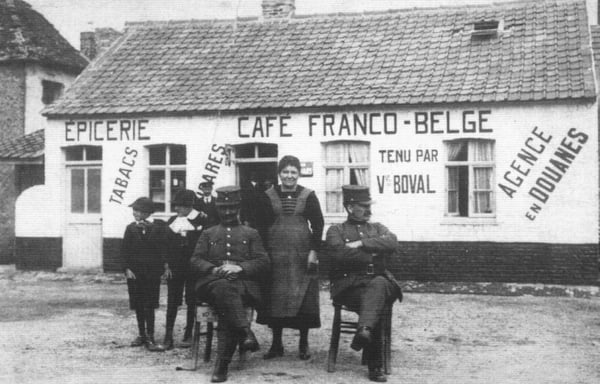 According to the survey of nearly 28,000 EU citizens, the majority are aware of EU Customs’ activities related to controlling the entry of goods to the EU, the collection of taxes and duties, and protecting citizens and businesses.

Fighting against smuggling and fraud is the most important activity in the eyes of the citizens, followed by protecting citizens from security threats and ensuring safety. Interestingly, these answers are consistent across age, gender, and occupation. 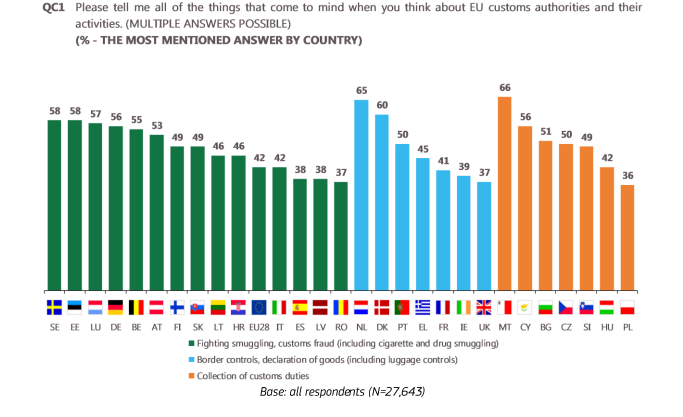 The survey shows that only 29% know there are no customs checks on goods crossing borders between EU Member States, but 6 in 10 citizens know that customs duties on goods outside of the EU are only paid once when they are imported. 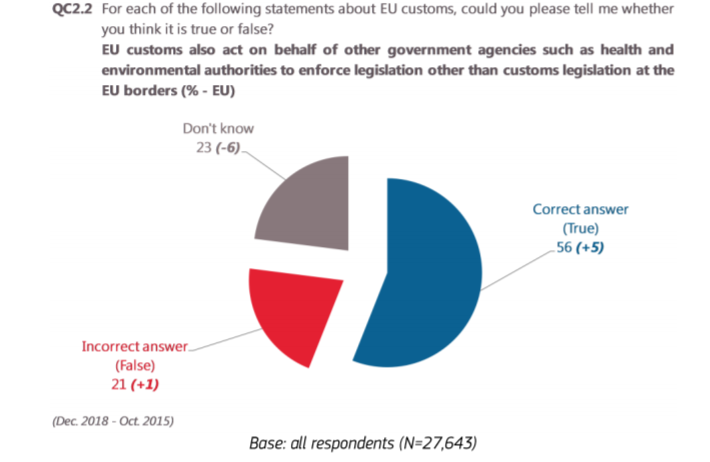 The statement “EU customs control passports at borders, whether at airports, sea ports, road or rail crossings” threw the most people off, with the majority incorrectly responding “true.”

Overall results, however, indicate that citizens’ knowledge of EU Customs’ responsibilities has increased since the previous study conducted in 2015, with 62% deemed to have a “high knowledge” vs. 55% three years before.

There is still some room for improvement to get to know the EU Customs’ activities better, but we are on the right track. Curious to see how this evolves in the upcoming years.

Want to read the entire survey?