Jana started at C4T last March, just one week before Belgium went into lockdown due to COVID-19. This gave her just a few days of face time with her colleagues before everyone was relegated to working from home and virtual communications. That hasn’t stopped her from building relationships and becoming a part of the C4T tribe, though. 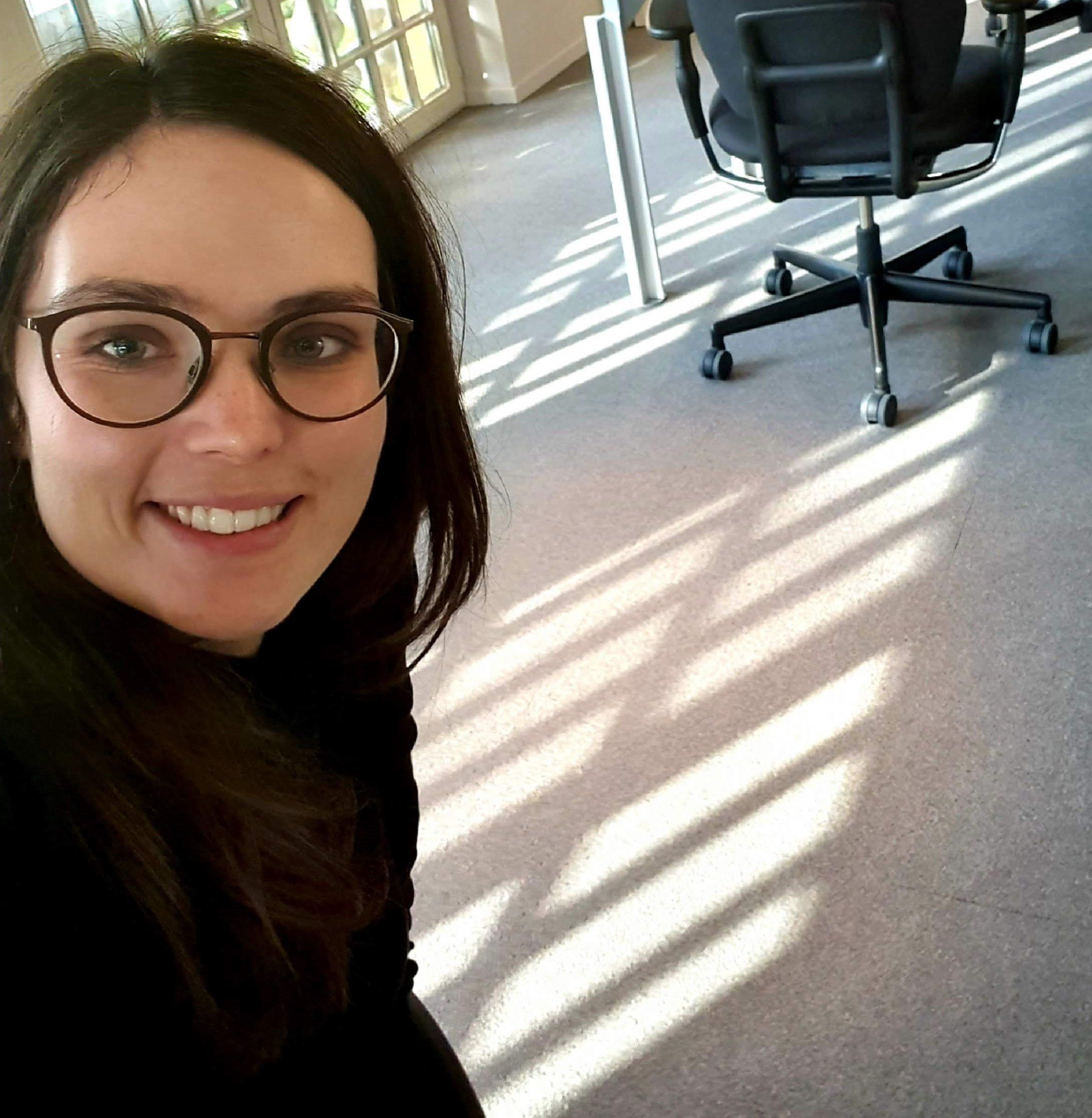 Jana earned her Bachelor’s degree from KU Leuven in Applied Language Sciences, focusing on three main languages: Dutch, French, and Spanish. During her undergraduate studies she spent a semester in Grenada, Spain where she polished her Spanish. She then went on to earn her Master’s degree in Interpretation with a specialty in legal interpretation. While her dream, even as a child, was to go into translation and interpretation, she quickly found out that there are very few job opportunities in the field. Not knowing what to do next, one of her professors suggested she contact a private university in Angers, France. While she was hired to teach Dutch, her faculty status allowed her to study for free, so she took her international studies further into the areas of politics and diplomacy.

“I love France… the wine, the atmosphere, but I found it hard to make friends there,” said Jana. “When I returned from France I really didn’t know what to do, so I just started sending out my resume. I took a job in customer service at Dupont supporting France, Latin America, and Spain. I thought it would be a good opportunity to use my language skills but the culture wasn’t a fit for me. At such a large company it is difficult to make any kind of impact.”

After Jana left Dupont she spent three months at a Belgian chemical company before coming across an ad for C4T on LinkedIn. “With my international interests I never thought I would end up in the town where I was born and raised,” reflects Jana, “I thought I would travel the world, which I have, but then I found this company with a very international agenda and global vision right in my backyard. I already had some experience working with the customs department at Dupont, so I decided to check it out.”

“I remember I was contacted very quickly after filling out the online form and my first interview was with Pieter, the CEO. I was very nervous but it turned out to be so pleasant! It didn’t even feel like an interview. He’s such a visionary and his enthusiasm was contagious!”

Jana was upfront—she didn’t have any sales experience but she was eager to learn. For her second interview, she met with two of the sales leads and was again nervous. “I thought they would ask me a lot of hard questions that I didn’t know the answers to because I didn’t know anything about sales but it was so informal. It was like sitting down with friends.”

The sales team agreed that Jana would be an excellent addition to the C4T tribe and it didn’t take her long to decide that C4T was a place she wanted to be. She was assigned to the French market and the very first meeting she landed was with a household name. It turns out Jana is a natural at relationship building, which is vital for success in sales. “I did a lot of self-study but I also learned along the way from Pavel, Nelleke, and Pieter. Pieter is an excellent guide. C4T is a great place to learn because there is very little separation from management. I can learn from the people who founded and have grown the company.”

Since she joined C4T, Jana has collaborated with different departments to create processes that will communicate customer needs to development. “We now have a dashboard where we can make note of ideas from new customers and record them for possible future features and functionality.”

At the moment, Jana is fielding a lot of incoming leads from UK companies that need to efficiently handle new Brexit formalities. In the short term, she hopes to close a deal in France. But her long-term goal might surprise you. “I would really like to build my own vineyard. I am learning how to cultivate grapes and do the vinification process.” In fact, she has already placed her first order for German grapes which will arrive in April or May. “There is a small plot of land near my parents’ house where I will plant them and in three years I can start the vinification process.”

In the meantime, she’s learning about sales, growing a business, and international trade—all things that will be valuable for her future vineyard, particularly when her wine is ready for export. “Everybody knows each other in the wine world and is very helpful,” shared Jana. “It’s a lot like the customs world!”

END_OF_DOCUMENT_TOKEN_TO_BE_REPLACED

A Digital-First Approach: CAS + DigiChambers for Certificates of Origin